Danfoss builds what heats and cools us. A leading industrial company in Denmark, the global firm produces mechanical and electronic components for equipment in a variety of sectors. The company’s main climate and energy unit, which includes refrigeration and air conditioning equipment, accounts for more than half of Danfoss’ revenues. Its other divisions include heating equipment, commercial compressors, and power electronics. Its majority-owned Sauer-Danfoss unit makes mobile hydraulics and electrical and mechanical systems. Danfoss also manufacturers solar power equipment. Danfoss operates about 80 factories in more than 20 countries. It has 110 sales companies around the world.

Danfoss was severely impacted by the economic recession as consumer confidence declined and demand for some of its products fell. The company suffered a large financial loss in 2009 and was forced to cut costs by reducing its workforce by nearly 20% and closing several factories.

Danfoss engineers technologies that enable the world of tomorrow to do more with less. We meet the growing need for infrastructure, food supply, energy efficiency and climate-friendly solutions. Our products and services are used in areas such as refrigeration, air conditioning, heating, motor control and mobile machinery. We are also active in the field of renewable energy as well as district heating infrastructure for cities and urban communities.
Our innovative engineering dates back to 1933 and today Danfoss is a world-leader, employing 24,000 employees and serving customers in more than 100 countries. We are still privately held by the founding family. 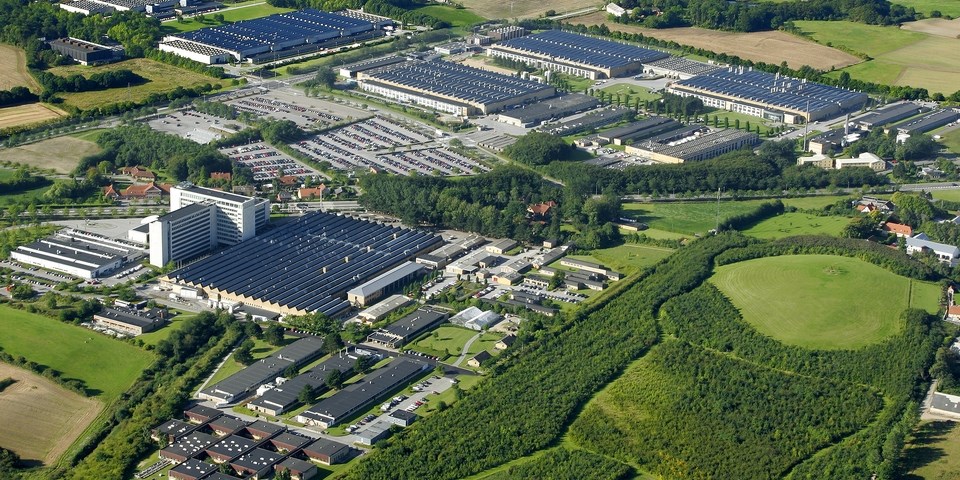